Return to O2Vent.com
Call Us 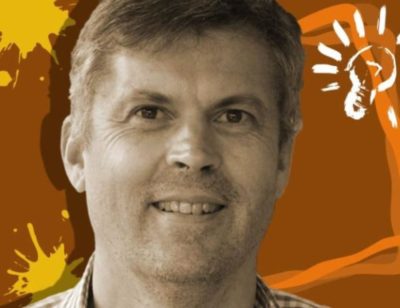 Read below or CLICK THIS LINK to the Stockhead article to read
Stockhead’s Dr Boreham’s Crucible: Can Oventus get dentists and docs back into bed together?

To those unfamiliar with sleep therapy, the two US professional bodies representing the somnolence-inducing profession sound as chalk-and-cheese as Monty Python’s Judean People’s Front and the People’s Front of Judea.

In essence, the sleep groups (sleep clinics and laboratories) fear that if they refer a client to a sleep dentist, they may never see the client (and their billings) again.

Similarly, dentists fear that if they refer their patient for a sleep study, they may never see that client again, either.

So, the dentists started doing their own home sleeping testing.

“The sleep docs weren’t happy with that as they felt dentists were practicing medicine without a licence,” says Dr Hart, a former dentist and obstructive sleep apnoea (OSA) sufferer.

“The next thing you know is that … their respective peak bodies officially separated, making it even less likely that they would work together.”

To resolve the turf war Oventus is rolling out a program in US and Canada called Lab-in-Lab, by which sleep physicians and dentists can work in the one location and – crucially – share patient care and revenues.

Lab-in-Lab is a key strategic shift for the company, which earlier tried selling directly to dentists with little success.

“We developed [the clinical model] because the sleep physicians are the ones who appreciate the physiology and are most likely to prescribe this technology and embrace it,” Dr Hart says.

The size of the prize

There’s a lot at stake, given the incidence of obstructive sleep apnoea (OSA) in Western nations.

Synonymous with snoring, OSA happens when a person’s throat is partly or completely blocked while they are asleep, causing them to stop breathing for up to 90 seconds.

Oventus estimates the sleep apnoea market is worth up to $US7 billion ($A9.8 billion) per annum globally, growing at a compound annual rate of 15 to 20 per cent.

The company cites a $US2.4 billion “market opportunity” in the US alone.

“Normally a mouthguard can treat 50 per cent of sleep apnoea patients, we have increased that to about 80 per cent,” says Dr Hart.

“We are seeing a dramatic improvement in efficacy; it’s like having a CPAP in your pocket.”

About 80 per cent of cases are undiagnosed, probably because the sufferers are asleep and can’t hear their own vociferous eruptions. Learned articles note that obesity causes obstructive sleep apnoea, with 70 per cent of sufferers (or culprits?) being men.

Taking a PEEP at Oventus

The founder of the Lifetime Smiles dental chain, Dr Hart devised a mouthguard to increase airflow to the lungs and bypass obstruction sites including the nose, tongue and soft palate.

Dr Hart’s prototype model was effective but bulky, so he teamed up with technologist Neil Anderson and the Commonwealth Scientific and Industrial Research Organisation, to develop a 3D-printed version that was 60 per cent smaller.

Approved by the Australian Therapeutic Goods Administration in 2015, the original Oventus Clearway was sold through pop-up stores, selling directly to patients.

Oventus was formed in 2015 and raised $4.15 million in a private round, backed by fund management heavyweights including Thorney Investments, Regal Funds Management and former Packer family lieutenant Ashok Jacob.

Oventus listed in July 2016, raising $12 million at 50 cents apiece for a total market valuation of $36 million.

In July 2017, the FDA approved O2Vent, a mouthguard with a titanium breathing channel (duckbill).

Then came O2Vent Optima, a lighter nylon version followed by O2Vent/Exvent (with an additional valve that enhances PEEP).

In late stage development, O2Vent Connect is a continuous positive airways pressure system which connects with an air pump, allowing for its use without a full-face mask.

Also, in the lab is O2Vent Onepap, a PEEP valve for patients who stubbornly breathe through their nose despite mounting obstacles.

The science of snoring

Severe snoring is no laughing matter and is linked to morbidities such as diabetes, hypertension, heart disease, stroke and workplace health and safety issues.

Obstructive sleep apnoea (OSA) happens when airways collapse during sleep, either at the nose, the tongue base, the side walls, the epiglottis or the uvula – the soft palate (the ‘boxing bag’ at the back of the throat).

In the US, there are 35 million CPAP patients, which helps to explain Resmed’s multi-billion-dollar success.

Of every 100 patients diagnosed with OSA, 35 will refuse CPAP treatment outright. Of the 65 who try it, 50 will take it home and half of those will quit within a year.

The O2Vents refine the action of a normal mouthguard, which brings the jaw forward to stop the tongue from flopping back and falling into the airway.

“By putting in a ‘second nose’ into the airway we allow the air to flow below those obstructions around the tongue and into the back of the throat,” Dr Hart says.

“You breathe out against these little holes and that resistance leads to pressure gradient building up in the airway.”

He says the main anatomic reasons oral devices fail is because of a blocked nose or other obstruction, leading to mouth breathing.

“The valve takes the problem and turns it into the therapy itself,” Dr Hart says. “It regulates the patient’s own breathing and diverts some of the air back into the airway to stabilise it.”

Oventus claims an 80 per cent clinical success rate compared with 50 per cent for standard mouthguards.

The dentists and the sleep makers can be friends

In the company’s words, the Lab-in-Lab program allows sleep physicians and dentists “to deliver care collaboratively and profitably”.

The Lab-in-Lab model involves the sleep doc doing the initial consultation, with the in-house dentist providing the device and handling reimbursement. The sleep doc then does a follow-up consultation.

The patient benefits from not having to make multiple visits to the dentist.

In creating Lab-in-Lab, the company needed to navigate 25 regulations across 50 US states which, in effect, prevent the parties from practicing together.

In many states, the dentist can send an assistant to operate the scanner that images the patient’s mouth. In the remaining jurisdictions a dentist is required to do it.

The company had a decent head of steam initially, signing up 57 sites after launching the scheme last October.

The sites are contracted to order a minimum of either 10 or 20 devices a month.

First revenues flowed in during December and continued to build until March this year, when you-know-what happened (see below).

The pandemic means that half of Oventus’s patient dealings are over the ’phone or online, via “clinical educators”.

This telehealth channel has resulted in an 80 per cent conversion rate, in terms of patients making follow-up appointments. While the patient’s gob has to be scanned physically, remote imaging techniques may make a personal visit redundant.

Oventus has also developed a home-care model, to be expanded in the next quarter, allowing patients to be treated anywhere, anytime.

But is the company about to bite into something much bigger, thanks to Lab-in-Lab?

On Dr Hart’s sums, the 57 sites would deliver $13.6 million of annualised revenue, based on a minimum order of 20 units per month.

The company so far has launched 27 sites, which would equate to $6.8 million annualised, once fully operational.

In the Covid-19 wash-up, only a dozen clinics are seeing patients, with across-the-board North American patient volumes reportedly down 50 per cent.

“We are opening, or re-opening, three to four sites a month and as patient flow returns, we would expect revenue to grow in a similar fashion – if not a little faster – quarter on quarter.”

“We are pretty much where we hoped to be had Covid not occurred.”

The Oventus units sell for $800 apiece wholesale, with the entire consulting and fitting process reimbursable on average to the tune of $2,000.

The company also will deploy a subscription model – $200 a year – for the consumable items such as valves and connector bands, which need to be replaced four times a year.

In May and June, Oventus raised $6.65 million: $4.65 million in a placement and $2 million in a capped share purchase plan, both at 24 cents per share.

The company also raised $9.3 million in a placement in July last year. Both efforts were supported by institutional holders including the Thorney Group’s Tiga trading.

Oventus shares peaked at 81 cents in early October last year and then slumped to a low of 18 cents on March 23, at the height of the Covid-19 crisis.

Dr Hart says the company’s workmanlike objectives include extending telehealth, reducing lead time to revenue and reducing cost of goods sold from 40 per cent to 20 per cent over the next six months.

The company also has “tens and millions” of revenue under negotiation.

A device iteration, Exvent shortly will be subject to an FDA 510k application.

“The tech speaks for itself, so really it’s about implementation, growing out these clinics, optimising revenue from these sites and then reducing our cost base to ensure great profit margins,” Dr Hart says.

We stress that Oventus hardly has the market to itself. One rival is its bigger ASX counterpart Somnomed, which markets its Somnodent device to 445,000 patients across 28 countries.

Oral appliances account for only 10 per cent of the obstructive sleep apnoea market, so Oventus is clearly still in growth phase.

The annual recurring revenue from the in-place Lab-in-Lab centres suggests the company should be turning over millions, rather than a few hundred thousand. Given the handsome margins on the devices, a maiden profit should also be on the cards.

“It’s still small numbers but we are growing reasonably quickly and we don’t need a heck of a lot to make money,” Dr Hart says.

When we last covered the stock in October 2018 – yes, it’s been a while – Dr Hart said that with the company moving from blue sky to marketing phase, “our job now is to generate revenue and gain some market share.”

Nothing’s changed, so carry on …

Disclosure: Dr Boreham is not a qualified medical practitioner and does not possess a doctorate of any sort. While not a registered sleep therapist either, he has been known to bore readers to snores